Interactive SATUSEINÄ® Music Fairy Tale Wall is a great touch-wall that takes you to the world of music fairytales!

For the first time on October 10th last year, a new interactive invention that allows watching, touching and listening to classical music fairy tales, was presented in Helsinki Music House. You can play games, paint and even play music just by touching the wall! The Interactive SATUSEINÄ® Music Fairy Tale Wall was on public display and free of charge in the music house between 10th of October and 10th of November 2020.

– “In the concept of Music Fairy Tales, the impressions from music are connected to stories, feelings and images. We create multiexperience fairy tale productions based on the music from different countries around the world. In addition to the music, we combine the specific from each country with culture and tales to make the fairy tale complete. The concept is unique. Music fairy tales of this kind are not made anywhere else in the world today” says Teemu Laasanen, CEO of Music Fairytales.

Check out this video!

” SATUSEINÄ® is an interactive space solution that stimulates all the senses, activates, teaches and entertains with the help of music. The experience is based on a large touch wall, through which children can dive into the world of music fairy tales” – says Sami Kämppi from OiOi, who is responsible for the technical implementation.

The first music fairy tale that was experienced in the SATUSEINÄ® space, is “Mary the Heart Singer”, and was born to the music of Jean Sibelius and Leevi Madetoja. The fairy tale breathes the freshness of Lapland’s nature and reminds of the importance of protecting the native land of the north. The story was written by Noora Nikka, illustrated by Emiel Inkeri Nikula and performed by Teemu Laasanen. ” Mary the Heart Singer ” was also published as a book on October 10, 2020.

According to Laasanen, MusicFairyTales’ mission is to touch the source of children’s creativity.

“Our musical fairy tales are profound multi-sensory experiences that also leaves plenty of room for the experiencer’s own imagination.”

The SATUSEINÄ® also includes a gaming world and a touch-controlled fantasy instrument. The games do not require completion, but children can express their imagination, for example, by painting the northern lights in the sky or by directing the autumn leaves in the air by the movements of their own hands. The Northern Lights Harp is a fantasy instrument that you can use to make your own music or play with others. Behind the invention is MusicFairyTales, which specializes in creating music tales, and OiOi, which specializes in interactive digital installations. The people at MusicFairyTales consists of professionals in music, theatre, educational pedagogy, interactive games, storytelling and writing. A dedicated team who sees children’s safety, imagination and the development of emotional expression as the most important things in the world. Music is a channel that opens the path to the innermost essence of a human and not only relaxes and entertains, but also improves learning and the ability to concentrate.

OiOi creates meaningful, immersive, interactive and digital installations in physical spaces. Users can control the content displayed in the space for example with their own movements, gestures, and touch. The content can also respond to sound and music or take advantage of open data. With these different elements, the space can be created visually interesting and very experiential. The music fairy tale wall is a co-production of MusicFairyTales and OiOi. The project has been supported by AVEK and the Finnish Cultural Foundation. 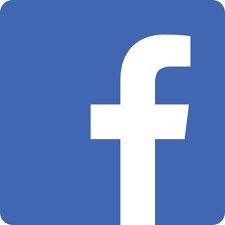 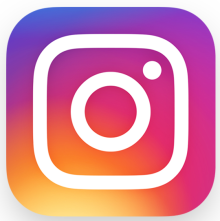